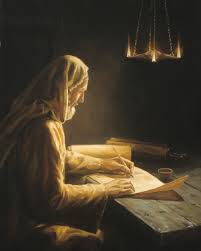 In light of the recent passing of Ariel Sharon it seems important to make this new post.

Honey from the Rock

BUT in light of the recent passing of Ariel Sharon, the prophecy of Rabbi Kaduri and the upcoming Blood Red Moons…..I feel it is imperative to make a new expanded post.

This YouTube video explains the significance of the death of Sharon and Rabbi Kaduri’s prophecy.  It is a short video and is self explanatory and tells it directly rather than my typing it out.

The link is here:

Half of the Church is asleep.

by a “business-as-usual” attitude

Let us listen to the words of Jesus speaking of these last days… Matthew 25 New King James Version (NKJV) The Parable of the Wise and Foolish Virgins 25 “Then the kingdom of heaven shall be likened to ten virgins who took their lamps and went out to meet the bridegroom. 2 Now five of them were wise, and five were foolish. 3 Those who were foolish took their lamps and took no oil with them, 4 but the wise took oil in their vessels with their lamps. 5 But while the bridegroom was delayed, they all slumbered and slept. 6 “And at midnight a cry was heard: ‘Behold, the bridegroom is coming; go out to meet him!’ 7 Then all those virgins arose and trimmed their lamps. 8 And the foolish said to the wise, ‘Give us some of your oil, for our lamps are going out.’ 9 But the wise answered, saying, ‘No, lest there should not be enough for us and you; but go rather to those who sell, and buy for yourselves.’ 10 And while they went to buy, the bridegroom came, and those who were ready went in with him to the wedding; and the door was shut.

11 “Afterward the other virgins came also, saying, ‘Lord, Lord, open to us!’ 12 But he answered and said, ‘Assuredly, I say to you, I do not know you.’ 13 “Watch therefore, for you know neither the day nor the hour in which the Son of Man is coming.”

I admonish you to seek the Lord while he may be found.

Make time EVERY day to learn from Him and receive Oil for your lamp.

One thing is FOR SURE. The Day of the Lord will come.  There will come a time like the days of Noah when the doors of the Ark will be shut.

Let us not hesitate to receive all we can from Him now. It is time to store up for ourselves this treasure in Heaven.

I know that many of us have heard this over the years….

“The time is short…He is coming SOON!”

It is high time to come out of complacency and a lukewarm attitude!

At no other time in history have all the signs of His coming been so apparent.

repent of any known or unknown sin.  Anything that takes you away from the Master.

You DO NOT want to be left behind.