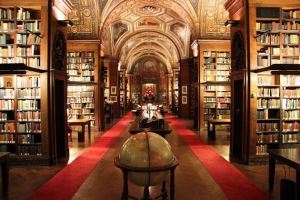 11 And I saw a great white throne, and him that sat on it, from whose face the earth and the heaven fled away; and there was found no place for them.

12 And I saw the dead, small and great, stand before God; and the books were opened: and another book was opened, which is the book of life: and the dead were judged out of those things which were written in the books, according to their works.

There are many, many books in heaven. Huge libraries. In fact every believer’s mansion in heaven has a special library in it with many, many books.  It is filled with the books that have been kept from the beginning. The vision I received was similar to the picture above.

One of the many books contains the destiny that was in the mind of God from the foundation of the world for each believer, with pages of giftings, personality etc.

On the cover of it was the word Plans. 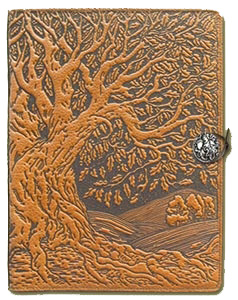 11 For I know the thoughts(plans) that I think toward you, saith the Lord, thoughts of peace, and not of evil, to give you an expected end.

He has written it all out. There are many, many, many books in each of our libraries.

Another contains the Dreams  He has given us in the still of the night. Containing those that were fulfilled and some that were unfulfilled because of disbelief or lack of prayer. There are so many books there. Beautiful! The library is a part of our mansion. It will be in the style that you love. You will be blessed when you see it!

Another book that we all have in our heavenly library is called Faith and Works. It contains all the prayers of faith (great and small) and instances of works where we have used our faith for ourselves or others throughout our life. The Father told me that in eternity there will no longer be Chronos time but we will be in Kairos eternity so there will be eons for each of His dear children to sit on His knee and reminisce ALL the wonderful times we worked together to do His Will on earth. The Father said we will be like little children on their Daddy’s lap laughing and loving together. He said He is SO proud of each of us….that it truly PLEASES Him when we simply ask Him and trust Him. It will be a time of celebration. He said even the times we think we failed will be written down and He will explain why our prayers seemed to go unanswered. It will be a teaching moment and a revealing to us of His great Providential care. He said “Tell them to keep praying and believing….keep writing pages in this BOOK.” It grows exponentially because when we exercise our faith in prayer, etc. It is not only that prayer that is recorded by the angels…but also the resulting fruit of our labors. For instance, a person who intercedes and faithfully prays for a Prophet, or an Evangelist like Billy Graham in his ministry will receive pages allotted to them for their faithful prayers.

The Lord also told me that this book contains not only the mighty, good and wonderful works BUT ALSO the dead works that have not been burned away as chaff by the chastening of the Lord during our earth stay. 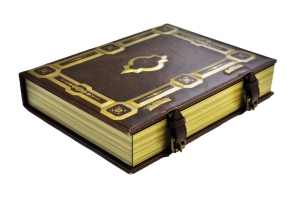 6 Therefore leaving the principles of the doctrine of Christ, let us go on unto perfection; not laying again the foundation of repentance from dead works, and of faith toward God,

14 How much more shall the blood of Christ, who through the eternal Spirit offered himself without spot to God, purge your conscience from dead works to serve the living God?

If a man therefore purge himself from these, he shall be a vessel unto honour, sanctified, and meet for the master’s use, and prepared unto every good work.

10 For we are his workmanship, created in Christ Jesus unto good works, which God hath before ordained that we should walk in them.

In this way our Just Father has documented everything for the our appearance at the Judgment Seat of Christ where each saint will be held accountable for their own actions.

In another important book in our library in Heaven, the Lord told me are all the Names of people that our lives have touched and changed. There are names of those we never met, but prayed in the Spirit for unknowingly. Those to whom we spoke a kind word, those who watched our witness from afar. There are names we have long forgotten over the years…  BUT Heaven’s books are up to date and accurate. He is most precise in all His dealings. He is the Just King and His reward is with Him.

Those called to be SHEPHERDS have an extra special book of remembrances besides the book with names of all the believers who were ever under their care. But WOE if there is found another book in their library. This one contains the names of those little ones who received wounds from mistreatment and discouragement that came from the platform. Those who turned away from the fellowship of the Father because of the hurt and pain of rejection. 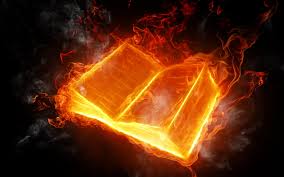 But whoso shall offend one of these little ones which believe in me, it were better for him that a millstone were hanged about his neck, and that he were drowned in the depth of the sea.

On the cover of this book were just three words….

THE VERY BEST BOOK OF ALL IS ONE THAT IS BRIGHT RED ON THE OUTSIDE AND WHEN YOU OPEN IT….IT IS BLANK ON THE INSIDE. THE TITLE OF THIS BOOK IS: 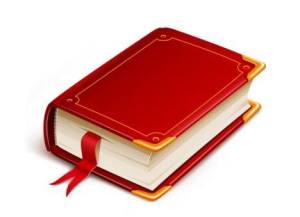 13 He that covereth his sins shall not prosper: but whoso confesseth and forsaketh them shall have mercy.

As many as I love, I rebuke and chasten: be zealous therefore, and repent.

One entire section of each library is called WORDS.  These books contain all the words we have EVER spoken in our lifetime in chronological order from our very first word spoken to our last on earth (as recorded by the angels assigned to us). 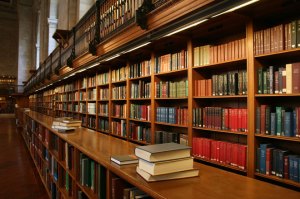 36 But I say unto you, That every idle word that men shall speak, they shall give account thereof in the day of judgment.

27 For the Son of man shall come in the glory of his Father with his angels; and then he shall reward every man according to his works.

Each library contains the entire experience of our earth life. They will be used at the Judgement Seat of Christ by Jesus when He passes out the rewards to His children and gives the crowns to His beloved. Although Jesus is our Advocate in Heaven….He will also be our Judge in the Heavenly Court because of what He has done for us and given to us.

For the Father judgeth no man, but hath committed all judgment unto the Son.

Thank you for reading this if you made it this far.  These are heavy revelations and I am compelled to record them in obedience to the Master. We will be without excuse when we stand before Him because He has done EVERYTHING He can to help us obtain Grace and Mercy. But this does not mean that we can conduct our lives in any manner we choose. God is speaking from Heaven to us all to prepare for His coming. Remember your library and the books contained therein.
I hope you will leave a comment here and give me some feedback.  Thank you beloved.